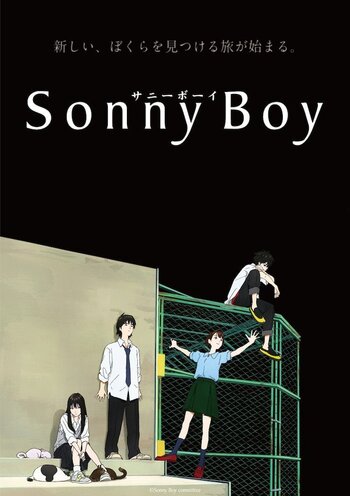 Sonny Boy is an original anime series, produced by Madhouse and directed and written by Shingo Natsume. It was released during the 2021 summer season.

Empty classrooms, boring days. It was supposed to be a normal summer vacation just like any other. Suddenly, the school begins to drift through another dimension, and 36 boys and girls are left there, awakening to their supernatural abilities. Amidst the whirlpool of questions that come to mind one after another, survival in a supernatural world begins.