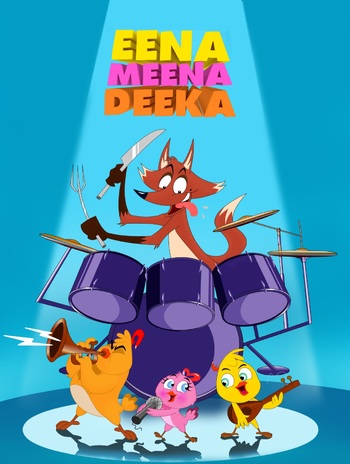 Eena Meena Deeka, also known as The Eena Meena Deeka Chase Comedy Show, is a 2015 Indian animated series by Cosmos-Maya that uses Adobe Flash animation. In India, it used to air on Hungama TV before being moved to Disney Channel India. In Western countries, it's available on Netflix and YouTube.

The show is about a hungry fox named Bhukkad (or Foxie/Foxi) who chases after the three birds Eeena, Meena and Deeka. They go through many different locations and meet other animals along the way. In the end, the birds are never eaten.