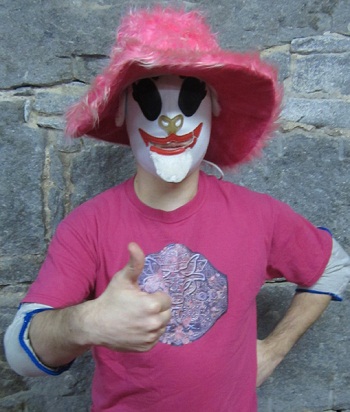 Yeah, it's that kind of promotion
WAW Wrestling was a independent promotion hailing out of Manchester, New Hampshire. A non-profit organization that donates to charity, WAW Wrestling offered a weekly show called 'Aftermath' that airs on YouTube as well as its own website.
Advertisement:

Unfortunately, the promotion went under during the summer of 2019 following irreconcilable disagreements between part-owner Nicholas Parks and the rest of WAW staff, in addition to a state investigation into WAW's operations. The company lost its primary venue, Murphy's Bareknuckle Boxing Gym, and was forced to close. Though it's gone, WAW Wrestling's Youtube channel is still up and contains archives of nearly all of its matches.

No relation to the similarly named independent British wrestling promotion, the World Association of Wrestling