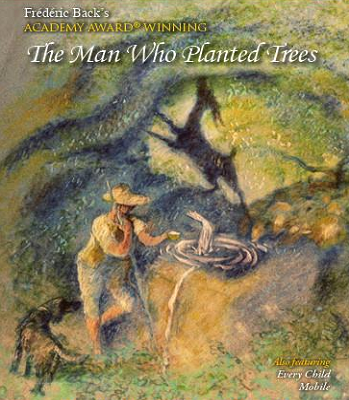 The Man Who Planted Trees (L'homme qui plantait des arbres) is a 1987 Canadian 30 minute short film directed by Frédéric Back, and based on the short story by Jean Giono. It tells the story of Elzeard Bouffier, a humble shepherd who single-handedly revitalizes a desolate Alpine valley by planting trees. The film was dubbed in both French and English, respectively narrated by Philippe Noiret and Christopher Plummer.
Advertisement:

See it in English here.