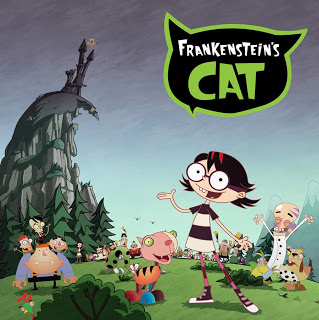 Frankenstein's Cat was an animated series created by Cosgrove Hall in the United Kingdom and Kayenta Productions in France. Based on a children's book by Curtis Jobling, Frankenstein's Cat is centred around Doctor Frankenstein's first experiment; a cat is created by the Doctor out of nine different cats, leading to his name being Nine. The series follows the exploits of the hyperactive Nine and his best (and only) friend Lottie as they outwit, outrun and generally outdo the citizens of Oddsburg.