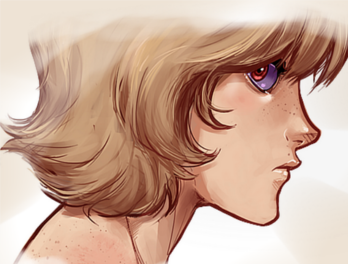 You have dreamed too well, oh wise Archdreamer.

, follows the story of a girl who wound up in another dimension after walking into a parking garage.

The world into which Amity wandered has been dragging people from other dimensions into its own for as long as anyone can remember. Unfortunately, most don't live long enough to find their way back. Amity's lucky enough to have appeared in the world near a somewhat non-hostile resident, whose father takes her under his wing for the time being.

Currently on indefinite hiatus, with the last update being in October of 2018.