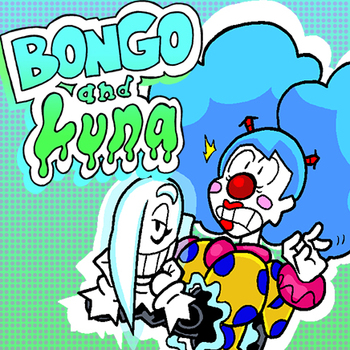 The comic follows the foibles of the titular Bongo and Luna. Who just happen to be a Clown (As in her species is Clown) and a ghost respectively.

The comic is mildly NSFW. It can be found at Webtoon