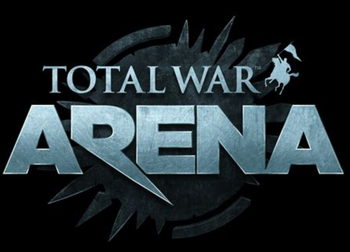 Total War: Arena is a online-only spin-off from the Total War series. The latter is well-known for its combination of large-scale Turn-Based Strategy kingdom management and small-scale Real-Time Strategy battles, so Creative Assembly decided to make a standalone game focused entirely on letting the players battle each other.
Advertisement:

While the game had alphas available as early as 2015, it was finally released for PC on February 22nd, 2018.