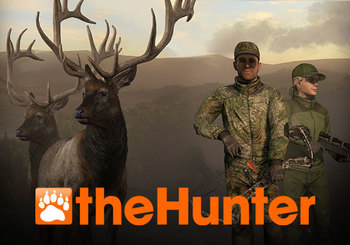 The Hunter Classic (Stylized as theHunter Classic and originally just known as theHunter) is a free to play First-Person Shooter hunting Simulation Game developed by Avalanche Studios in 2009 and has been regularly updated since. The game is known for being one of the most realistic hunting games and is available on Steam and their own website.
Advertisement:

Not to be confused with The Hunter: Call of the Wild, a game by the same company.

The Hunter Classic contains examples of: