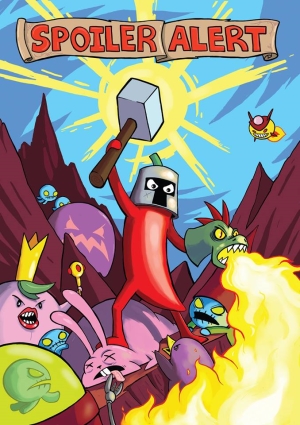 Spoiler Alert is a platforming game where you have to uncomplete the game. You start out beating the last boss, get the princess, the credits begin... and then the game reverses, and you have to unbeat the bosses, unkill the enemies, and uncollect the coins to find out how it started. And if you, say, kill something new on the way? You create a time paradox, and get thrown back to the beginning of the level. The levels are short though.

Compare Retro/Grade, a Shoot 'em Up with a similar concept.