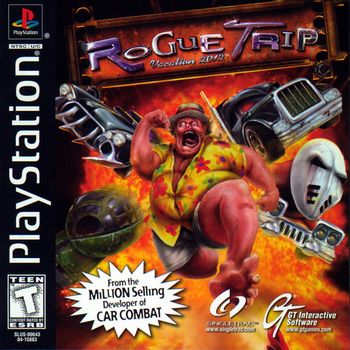 We fight the fights, so you can see the sights!
Advertisement:

Rogue Trip: Vacation 2012 is a 1998 vehicular combat game developed by SingleTrac released exclusively for the PlayStation 1. It is a Spiritual Successor to the Twisted Metal franchise.