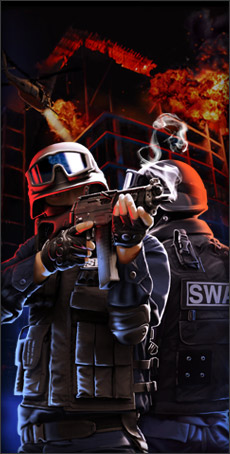 Project Blackout is a Massively Multiplayer Online First-Person Shooter game with RPG Elements. It was originally developed by South Korean software company Zepetto as Point Blank; when it was published in North America, the name and some story elements were changed.

Like many other games of its genre, Project Blackout is fast-paced and violent, with a variety of weapons and gameplay modes. It falls on the realistic end of the Fackler Scale of FPS Realism: for example, weapons are directly based on real-life guns; health is extremely limited, encouraging cover-based gameplay; recoil makes guns bounce, reducing the accuracy of automatic fire; and there's no Hyperspace Arsenal, so players are limited to one primary weapon and a few smaller weapons.