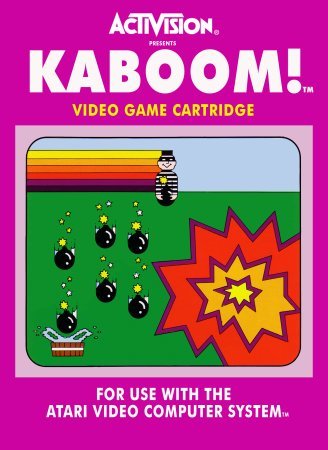 Kaboom! is an Atari 2600 game designed by Larry Kaplan and David Crane that was released by Activision, which was also ported to the Atari 5200 and the Atari 8-bit computer family. In this game, the Mad Bomber is on the roof of a building dropping bombs on you, and you control a series of buckets that must catch the bombs and defuse them before they reach the bottom and explode, causing you to lose a bucket.