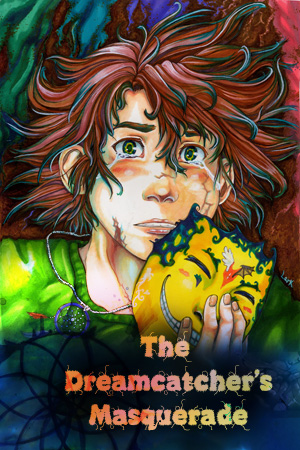 Come along and dream with me.
The Dreamcatcher's Masquerade

is a flash-based and partially animated fantasy Webcomic.
Advertisement:

Kai and Vena, a somewhat odd pair of friends, have lived their entire lives feeling terribly out of place. After being apparently ripped from reality, they find themselves in an alternate world built on dreams...only to discover that this is in fact where they truly belong.