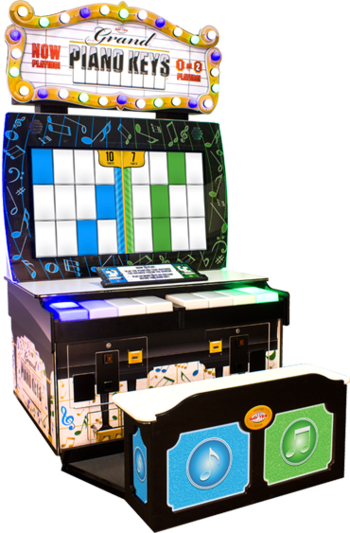 "Worthy of a Standing Ovation!"
Advertisement:

Grand Piano Keys is an arcade game by Bay Tek Entertainment. The only point of the game is to perform as much of a public domain song as possible in 20 seconds. This is done by hitting the huge, simple piano keys that match the on-screen tiles. If a player hits the wrong notes, they can't play for a few seconds and they lose some of their time. In the end, the game suddenly stops, and tickets are rewarded based off of how many keys you hit.