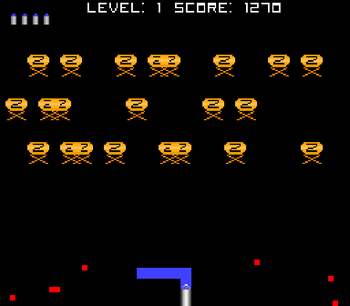 to Newgrounds on September 20, 2016. Since it is not made in Adobe Flash, it will remain playable indefinitely.
Advertisement:

There, the player controls a ship that resembles a pen. Holding the Z key and moving draws a shape, and releasing Z launches the drawn shape to use as a projectile.