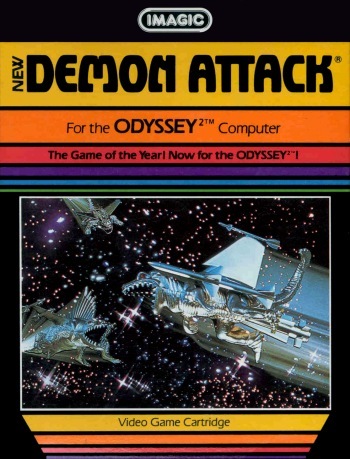 Demon Attack is an Atari 2600 video game released in 1982 by Imagic, which was then ported to the Intellivision, Odyssey², Atari 8-bit computer family, Commodore VIC-20, Commodore 64, PC, TRS-80, and TRS-80 Color Computer. In the game, you control a laser cannon that must destroy a legion of flying demons dropping bombs on you. In the Intellivision version, there is also a mission where you must destroy the demon's mothership.