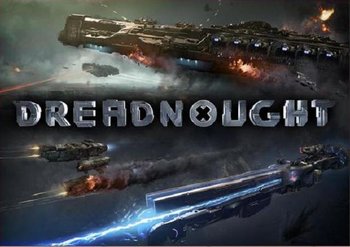 Warp drive is spinning up! We'll find you a battle, Captain.
Advertisement:

is a Free-2-Play online space combat simulator done in the style of third-person vehicular shooter, made by Yager Development, and published by Grey Box. After a few years in both closed and open betas, it finally was released for PC and PS4 on December 5, 2017.

The player is a mercenary captain taking command of a spaceship for glory and profit, waging battles against rival captains throughout a heavily-terraformed Solar System. Even the smallest player-controlled ship dwarfs the skyscrapers and asteroids they maneuver past, and the large scale of every conflict gives Dreadnought a unique niche among space sims.