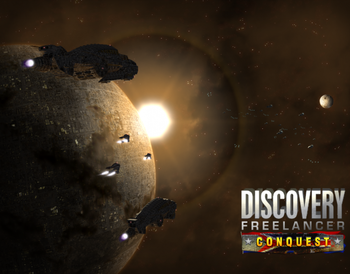 Discovery Freelancer is a mod and Continuation for the famed space-sim/Wide Open Sandbox Freelancer.
Advertisement:

It was first released in 2006, but has been continually updated and reworked ever since, with 2019 version being the latest one as of the time of writing. Such persistence and determination contributed a lot to its popularity on ModDb and other modding/space-sim communities.