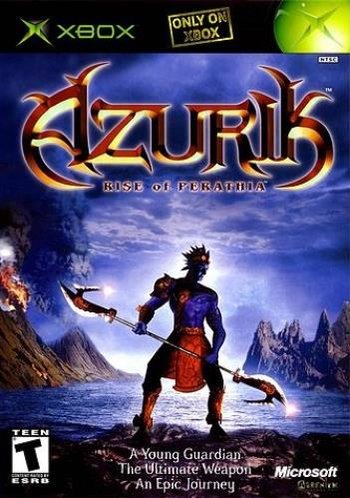 Azurik: Rise of Perathia is an Xbox-only action-adventure game developed by Adrenium Games and published by Microsoft Game Studios in 2001.

Azurik is the protagonist of this game and he works for a group called the Lore Guardians. He is trying to collect elemental disc fragments from the realms of Perathia. That won't be easy, because Balthazar has been possessed by the Death Guardian, and he's trying to destroy Perathia.