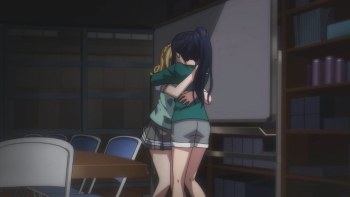 "Give me a hug", then Everybody Cries

Love Live! Sunshine!! is about a group of country girls trying to save their school from closing down by forming an idol group in hopes of attracting new students.

Unlike their predecessors, their road is paved with failures and a bittersweet dose of Reality Ensues.

WARNING: As a Moments page, all spoilers are unmarked. You Have Been Warned!

open/close all folders
Anime
The School Idol Movie: Over The Rainbow