Tear Jerker / Harry Potter and the Goblet of Fire 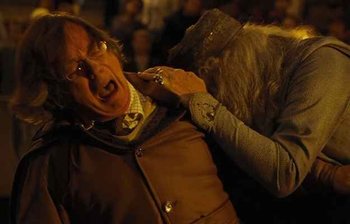 "Take away a man's son, you've truly given him nothing left to lose."