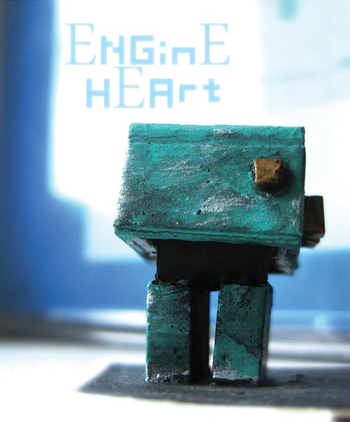 is a pen-and-paper RPG set in a world where small household robots are the sole remaining heirs to the planet. In some role-playing games you might take on the role of a wizard or an elf battling the forces of evil. In this game, you play a Sex Bot or an empty vending machine searching for soda cans to sell to the human corpses around you.
Advertisement:

The tone of the game is both light-hearted and bleak, and is similar to works such as WALL•E and the writings of Ray Bradbury.