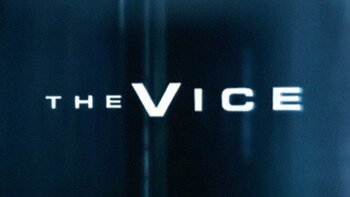 The Vice was a British crime drama that aired on ITV from 1999-2003, centred around London's Metropolitan Police Vice Unit run by DI Pat Chappel (Ken Stott). The Vice Unit was small, underfunded and generally treated with derision by other forces, while Pat Chappel and his team of young detectives struggled to get a result, largely against the odds. Pat Chappel himself was a conflicted character, whose compassion for the people he worked with daily often led him to become emotionally involved in the cases, quite often with devastating results. Ken Stott left the series in 2003; his role was taken over by his former second-in-command Sgt Joe Robinson.