Series / The Life Of Birds 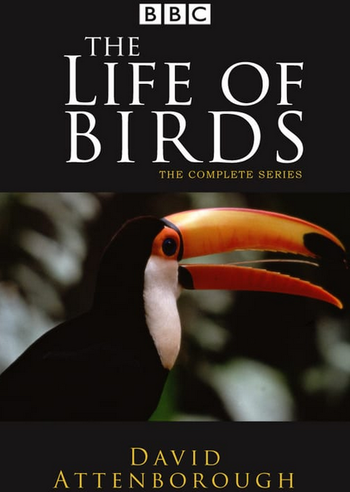 The Life of Birds is a series of documentaries written and presented by David Attenborough in the late nineties.
Advertisement:

The series is about...well, the lives that birds lead, and delves delightfully into these lives, showcasing everything from their mastery of the skies to the lengths they'll go to get a meal.

The series consists of ten episodes: