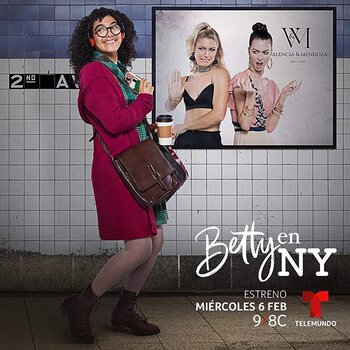 Betty en NY is a 2019 telenovela based on the popular Yo soy Betty, la fea.

The series revolves a young woman named Beatriz "Betty" Aurora Rincón Lozano who moves to New York. For six months she's been trying to get a job, but she's always rejected due to her unattractive looks. One day, she finally gets a job at the fashion company V&M Fashion, where she becomes the secretary of the company president. Though it's below her capabilities and she gets ridiculed often for her appearance, Betty persists at her job.