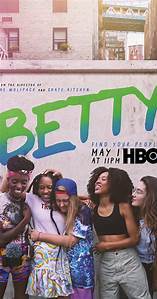 An HBO series which follows Skate Kitchen with the same main cast, Betty revolves around an all-female group of skate boarders as they go about their daily lives in New York City. This includes conflict with the male-dominated skating scene, heartbreaks over love, and other issues.
Advertisement: