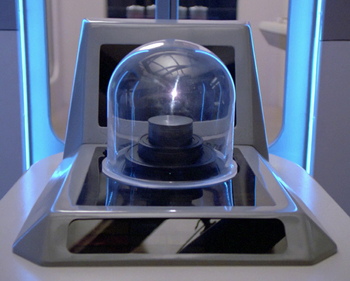 No, no, this lifeform has no relation whatsoever with that other crystalline entity.

The crew of the Enterprise discovers a crystalline lifeform with murderous intelligence after it kills one of the scientists on a terraforming project.