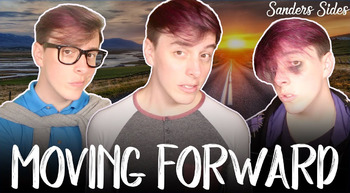 Logan has just stormed out of Patton's room. Patton at first intends to keep on looking at the memories of the past stored in his room, but Thomas quickly says that that's only distracting him of what he doesn't want to think about. Roman then heightens up and tells Roman that he should jump into action and call his ex-boyfriend. When he answers the call, Virgil yells to hang up, and then they get on a rant about what to do next. In the end Thomas smashes his phone on the ground when his ex calls again, and then he goes mad about himself for not being able of moving on for so long, and he finally starts confronting his memories about his lost relationship and the memories of them together, both the good memories and the bad memories.