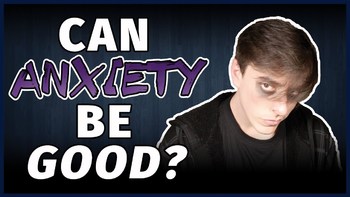 Thomas and the Sides find Anxiety in his room. When he shows up, Thomas goes back to his normal self. Anxiety explains that he has decided to "duck out" because he felt he was overdoing his job as Thomas' anxiety and that anyway he wasn't wanted by the others. Thomas and the Sides try convince him to go back to his job, while something strange starts happening to Roman, Patton and Logan: they start developing eye-shadow, disheveled hair and getting more anxious the more time they spend in Anxiety's room.