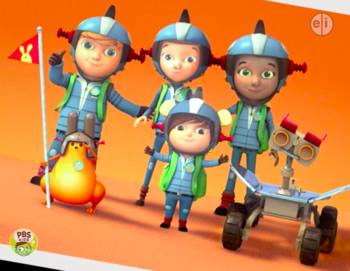 Sunspot needs to climb Mt. Sharp in order to join the Space Summit Society, but lets his ambitions get to his head. 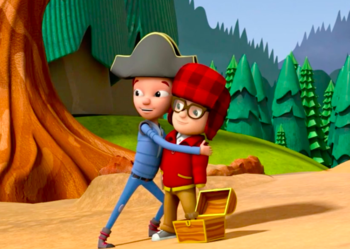 ♪Yar har, fiddle de dee / Being a pirate is alright to be / Do what you want 'cause a pirate is free / You are a pirate!♪

Since everyone is gone, Jet and Sunspot are left to their own devices. At the same time, Mitchell is digging for buried treasure in his yard. In order to brighten Mitchell's day, Jet creates buried treasure for him to find, along with a map with notable landmarks around the neighborhood.