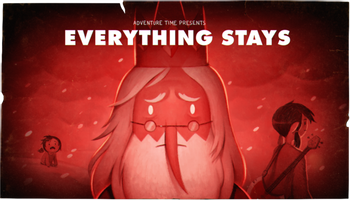 Marceline looks back on her life on her last day.