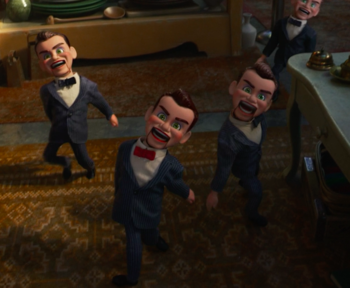 Who you callin' dummy, dummy?
Advertisement: