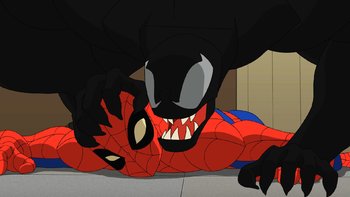 "From now on, we're poison to Peter Parker and Spider-Man. We're Venom!"

Oh, you don't need to wear a mask with us, Pete. We know all your secrets! Because of course...we were you.