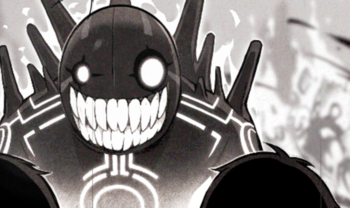 Glory to the Flora.
Despite the innocent-looking game (or maybe moreso because of it), there's some frightening stuff.