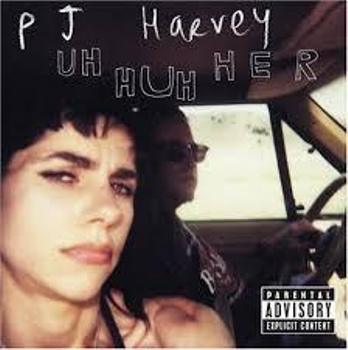 Uh Huh Her is the sixth studio album by PJ Harvey, released in 2004. It's arguably her most "raw" album to date, due to her being the producer, something she hasn't done since 4 Track Demos (The album of demos from Rid of Me) in 1993. Also, most of the recording of the album was done alone by PJ using her four-track and eight-track home studio. She played all of the instruments on the album, including guitar, keyboards, and the drum machine. The only instruments she didn't play on the album was the final drum tracks.

Critics have praised the album for being raw, dark, and for PJ's ability to go from gentle singing, to shouting and screaming in one album. The album has produced the singles "The Letter", "You Come Through", "Shame", and "Who the Fuck?".

The Desperate Kingdom of Tropes: