Music / The King of Limbs 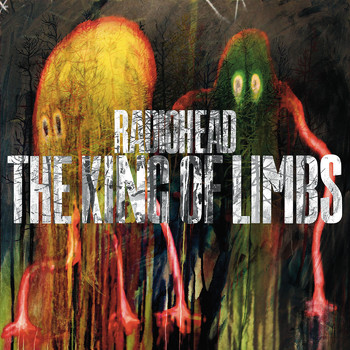 "The water's clear and innocent."
"There's an empty space inside my heart
Where the weeds take root
And now I'll set you free
I'll set you free."
—"Lotus Flower"
Advertisement:

The King of Limbs (often referred to as TKOL) is the eighth studio album by English Alternative Rock band Radiohead. It was self-released at first in February 2011 as a MP3/WAV-format download before being released in physical CD and vinyl formats in March and eventually in a special "newspaper" edition in May.

The album is famous for being both Radiohead's shortest album (8 tracks over about 40 minutes) and one of their most experimental, consisting of an electronic sound that isn't quite as straightforward as Kid A, instead melding everything from their regular rock sound to dubstep, funk, and other genres to make something that is so morbidly unique it really can't be neatly fit into a single genre.

No singles were released from the album, save for a promo-only release of "Lotus Flower", which also received a music video that very quickly gained attention for frontman Thom Yorke's eccentric dance moves that were paired with all sorts of songs from "Single Ladies" to "Yakety Sax".

Upon release, TKOL was generally well-received by critics and appeared on various year-end lists of the best albums of 2011, and was nominated for five Grammys (three of them for "Lotus Flower"). As of 2020, it ranks at No. 2106 on Acclaimed Music's dynamic list of the 3000 most critically praised albums. Among the Radiohead fanbase, however, it's a different story. This album and Hail to the Thief (coincidentally, the band's shortest and longest albums) are the only Radiohead outputs that haven't garnered a unanimous opinion from the fans.

You got some nerve troping here:

If you think this is over, then you're wrong..note You're right, actually. This really is the end of the article.