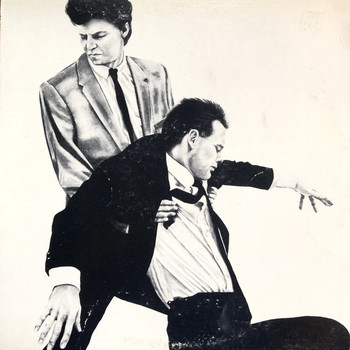 The Ascension is the debut album by No Wave composer Glenn Branca, a man who is widely known to critics for his use of volume and dynamics. The album has mixes of Modern Classical and Totalism, because of the said loudness of it, that makes the album feel somewhat orchestral sounding and rapturous (and we do mean rapturous).

In 1980, Glenn released an EP titled "Lesson 1", which was a sneak peek of things to come for him since he embarked on a journey to make an LP version of said EP. So sometime after that, he recruited four electric guitarists (Neil Sublette, David Rosenbloom, Lee Ranaldo + Himself), a bassist (Jeffrey Glenn), and a drummer (Stephan Wischerth), to form The Ascension Band. Also, since the bass guitarist knew some engineers and owners of a recording studio (The Power Station), they were able to use it to little to no cost.

They recorded five pieces while touring for Branca's EP, and in 1982 they finally released the album through Ed Banhaim's 99 Records label, and... It sold poorly with a measly 10,000 in record sales and Branca didn't get signed to any major label. Even when critics did review the album quite positively (it even placed the Number 6 spot for the best albums of 1981 by The New York Times), people still imagine what would've happen if Branca got a major label deal.