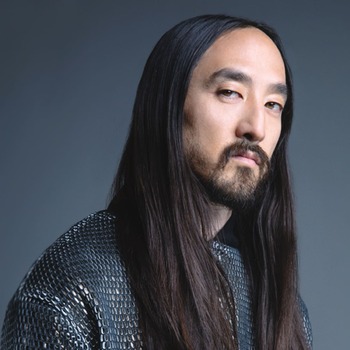 He became famous for his songs "Boneless (Delirious)" and his debut album, Wonderland which was nominated a couple grammys.

His father is Rocky Aoki, who was a famous wrestler and the founder of Benihana. This has helped his career as a DJ take off. He also does charity events and founded the Steve Aoki Charitable Fund. Also he created Dim Mak Records in 1996.

Tropes in Steve Aoki include: