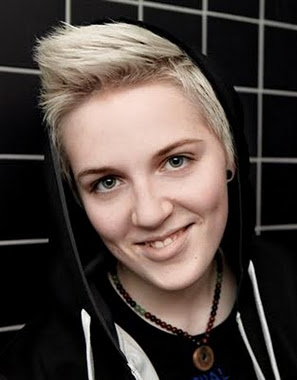 Sarah Skaalum Jørgensen (born 6 July 1995), known professionally as Sarah, is a singer and guitarist from Denmark, often described as the Danish, female version of Adam Lambert. Sarah won the Denmark version of The X Factor, and she quickly became famous for her deep contralto vocals, her excellent P!nk covers and for being an out and proud lesbian. She has just released her first full album, which can best be described as Tegan & Sara meets P!nk, with a dash of Avril Lavigne(without the meaningless lyrics)

Sarah and her music provide examples of: