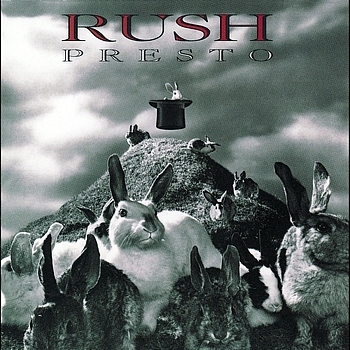 Presto is the thirteenth studio album by Rush, released in 1989 on Atlantic Records. The album marks the return of a more guitar based sound although the synths were still there, just more tucked in the background for texture. It was the first of two albums to be produced by 80's pop producer Rupert Hine, well known for producing albums by Tina Turner, Stevie Nicks, and another fellow Canadian rock band, Saga. It was also the band's first album release following their departure from Mercury Records, the label that first signed them.

Fan and critical reception was generally positive, although many criticized the production for its thin sound. Even Neil Peart said in an interview, if there was one album he would want to go back and record, it would have been this one.