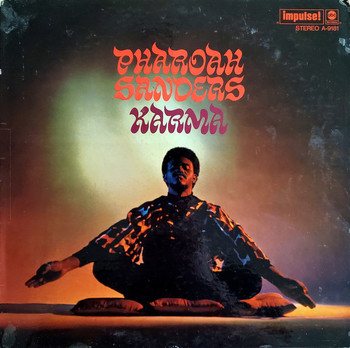 Sanders' third recording as a bandleader, it would see Sanders expanding upon the "spiritual jazz" that had been initially had been started by John Coltrane. The record would be noted for its incorporation of Afrocentric spiritualism, seamless interweaving of long, relaxed intervals and feverish cacophony, and a deep sense of rhythm and melodiousness. It would also feature vocal and lyrical contributions from burgeoning free jazz vocalist Leon Thomas, who would himself showcase his own idiosyncratic form of vocalese on the album.

Karma would receive near uniamous acclaim in retrospective reviews. As the opener and centerpiece of the record, "The Creator Has a Master Plan" would end up receiving airplay on FM radio at the time and with some even considering the record to be a Spiritual Successor to Coltrane's A Love Supreme. It would also be a significant influence upon the acid jazz

movement, with some considering the record an Ur-Example for the genre.

The Creator Has a Master Trope