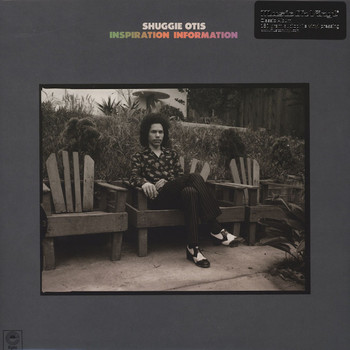 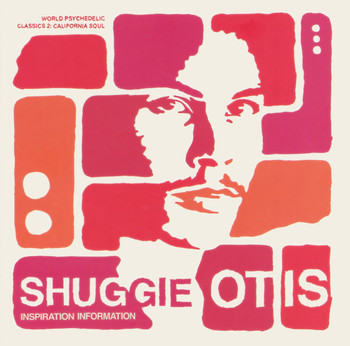 Cover art for it's re-release by Luaka Bop
We had a rainy day
I'm in a sneak-back situation
Here's a pencil pad
I'm gonna spread some information
- "Inspiration Information"
Advertisement:

His debut project as a producer and as an adult (he had been 17 recording his previous album), it would take three years to complete. Straining his relationship with Epic Records in the process and nullifying their three album agreement after his third record never came. The record would also heavily make use of analog drum machines. Which at the time were only used by a handful of select musicians. Most notable at the time, Sly Stone, a noted influence on Shuggie.

The album commercially underperformed Epic's expectations and Otis was dropped from the label following its release. However, it would earn comparisons fellow psychedelic and jazz-inspired soul artists such as Stevie Wonder and Marvin Gaye, and reportedly impressed Sly Stone himself upon his first hearing of it. It would also gain a cult following within the acid jazz

movements and would be admired by other noted musicians such as Prince and David Byrne, who would later re-release the record on his independent label, Luaka Bop with tracks taken from his previous record Freedom Flight.