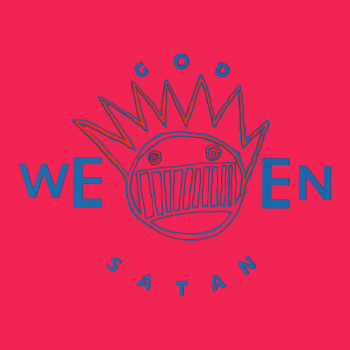 "By the word of the Boognish, I say lordy lordy lord I'm comin' home!"
"You fucked up, you bitch, you really fucked up
You fucked up - you fuckin' nazi whore
Well, you dicked me over but now you'll pay
You fucked up ... Aaaahhh!"
— You Fucked Up

GodWeenSatan: The Oneness is the debut album of the American alternate rock band, Ween. It was released in 1990 on Twin/Tone Records, making it the only release by the band on the label before moving to Shimmy Disc, and then Electra. This album is notable for tracks like "You Fucked Up", "Nan", and "L.M.L.Y.P." among others, with the three named tracks remaining concert staples. In 2001, the album was reissued on Restless Records with three bonus tracks to commemorate the album's "25thnote actually the 11th anniversary". The album's vulgar sense of humor, distorted vocals, bizarre lyrical content, and lo-fi sonic textures laid the groundwork for many of Ween's future releases.

I'm in the mood to whip your tropes with a tire iron: