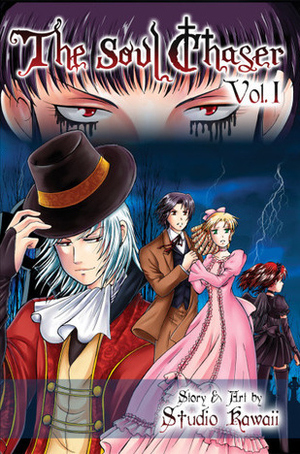 is a gothic, supernatural manga created by Studio Kawaii. Set in Paris, in the 19th Century, a young girl goes missing while playing with her doll at home. An extensive investigation by the police turned up no results but the blood stained doll.

A short while later, a young woman named Sophie disappears after being given a strange doll by her fiancee, Fabrice. Fabrice will do anything to get Sophie back, but it seems that he will have to go against what appear to be Supernatural forces.

However, Fabrice is not alone. He will be helped by Adriel, the rather enigmatic man who appears to know more than just selling books in his book store; Ruby, his mysterious helper; and The Master of Ceremonies, an even stranger being who can only be seen in the famous cemetery of Père-Lachaise...