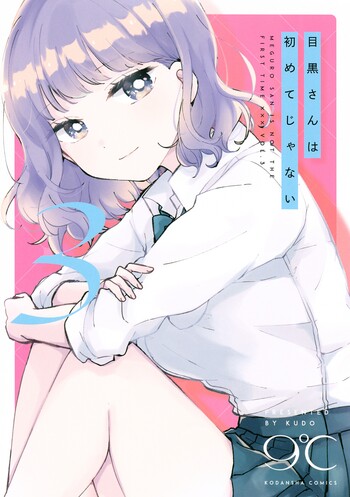 Meguro-san wa Hajimete Janai (translating to It's Not Meguro-san's First Time in English) is a Shounen Romantic Comedy manga by 9°C. Third year high school student Makoto Koga is a socially awkward nerd who has long had a crush on the most beautiful girl in school, second year Saki Meguro. Unable to take it anymore he decides to ask her out, expecting to get rejected so he can move on with his life. To his shock, she agrees, but replies that she's not a virgin. He quickly discovers her reputation of being an "easy woman" who never turns down sex. Together the two of them forge a relationship and struggle to solve their social and emotional problems together.