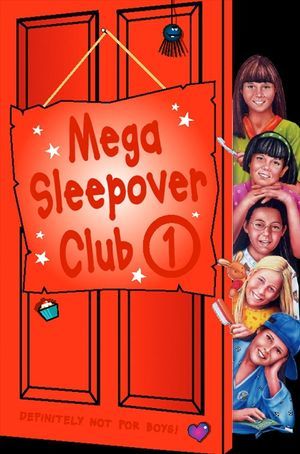 The Sleepover Club is a children's book series; the initial concept and the first five books were by Rose Impey, whilst other authors collaborated on the rest of the series.

Set in Cuddington, near Leicester, the story centers around five ten (and eventually eleven) year old girls; Francesca "Frankie" Thomas, Laura "Kenny" McKenzie, Felicity "Fliss" Sidebotham, Lyndsey "Lyndz" Collins, and Rosie Cartwright. They consider themselves the best of friends and form a club entitled "The Sleepover Club," involving their sleeping around one another's houses on a regular basis.

An Australian TV series was produced following the same basic plotline, with a few changes in characters/backstories.