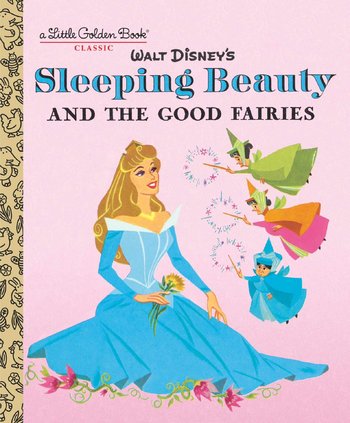 Where are those wands?

The Sleeping Beauty And The Good Fairies is a piece of Children's Literature written Dorothy Strebe and Annie North Bedford and illustrated by Walt Disney Studios. It's a Short Story that takes place after Disney's Sleeping Beauty where Princess Aurora comes to visit the three good fairies before going to a homecoming feast at the castle, only for the fairies to discover they lost their wands. It was first published in 1958 and is part of the Little Golden Books series.