Literature / The Saga of the People of Vatnsdal 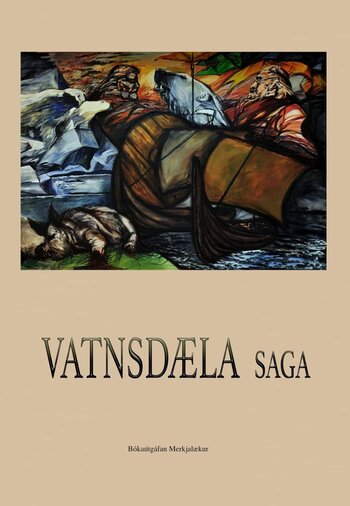 Vatnsdæla saga—the Saga of the People of Vatnsdalr—is an Icelandic family saga from c. 1300 AD. It covers the history of a distinguished Norwegian-Icelandic family for five generations, from c. 870 to 1000 AD.

Ingimund son of Thorstein, an aspiring viking, helps King Harald Tangle-hair win the Battle of Hafrsfjord, and gains the king's friendship. Much to his irritation, a soothsayer tells him that he is destined to settle in Iceland and become a great chief there. Ingimund thinks this is ridiculous, as he has no intentions of giving up his excellent prospects in Norway.

But you can't fight fate, can you? Long story short, Ingimund sails for Iceland and builds his farm in the valley the soothsayer spoke of, which he names Vatnsdal ('Waterdale'). For many years, Ingimund's wisdom and prestige guarantee peace and security to the settlers of Vatnsdal. But Ingimund meets his fate sooner than expected, leaving his five young sons with the task of filling their father's considerable shoes and holding up the old honor of the Vatnsdal people.

Alternative Title(s): The Saga Of The People Of Vatnsdalr