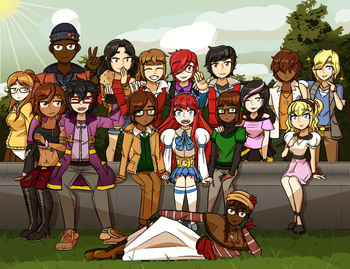 RATS: 252 Chances at Redemption is a web fiction written by kisikil. It takes place from the view of Guin Valentine, an awkward high school graduate who wakes up in an underwater military facility with her twin brother, Guy Valentine, and most of their closest friends. Inspired by other death game stories like Danganronpa and Zero Escape, the story stars teenagers. Supposedly, this means that by the end of this fiction, most of the cast will be dead.